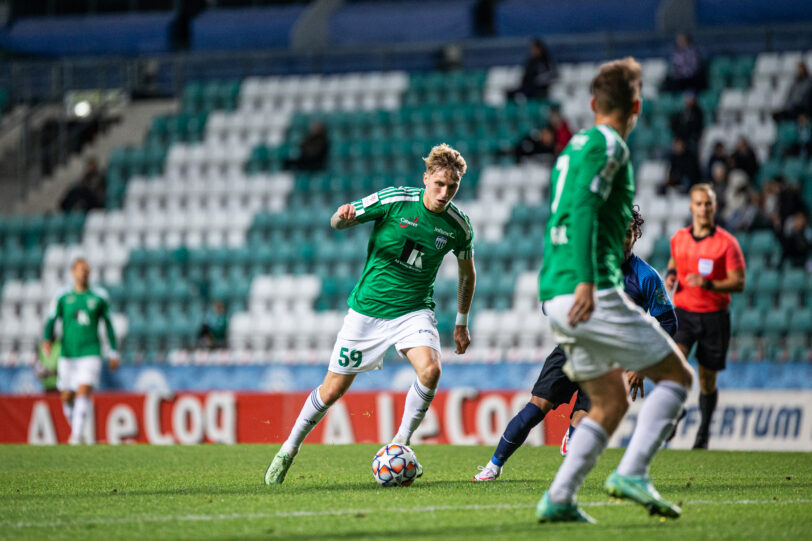 In the 24th round of the Premium League, FCI defeated JK Narva Trans 3-0 at home and secured its leading position.

Bogdan Vashchuk opened the scoring in the first added minute of the opening half. In the 50th minute Brent Lepistu headed home the second goal and five minutes before the end of the playing time, Hannes Anier concluded the final score 3:0.

“The game was very difficult, especially because JK Narva Trans were able to defend very compactly. It was not easy for us to find our way to the first goal. After the goal came, we could see that more zones were forming and we were able to take advantage of them. During the break we made some adjustments and we went to the second half with a better plan. It was also visible on the field, because we started to have opportunities and the second goal was constantly in the air. The second goal came from a corner kick, for which we were very well prepared and it already simplified the game. We were able to dominate throughout the game and didn’t let the opponent to create any moments. We can be satisfied because we were able to keep the clean sheet. It’s good to move on from here and prepare for the next game,” said FCI Levadia head coach Vladimir Vasilyev.

FCI Levadia leads FC Flora by 15 points in the tournament table, but the competitors have four matches in hand.