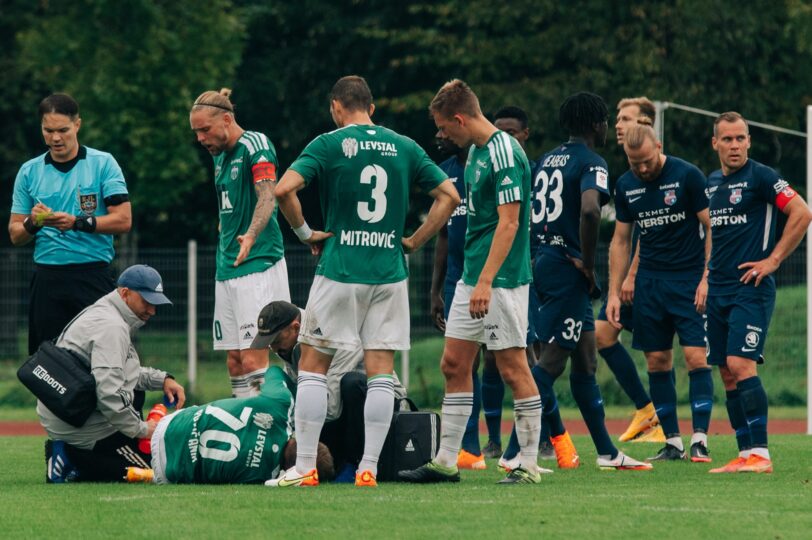 FCI Levadia midfielder Marko Putinčanin, who was injured against the Paide Linnameeskond in Sunday’s Premium League match, will have a shorter break than feared, according to preliminary data. According to the team doctor Gennadi Kuzmin, this was a very happy accident.

“It was clear from the player’s reaction that Putinčanin was seriously injured. There was a large bloody wound on the inside of his leg and his stocking was broken. The X-ray examination of the player revealed that his leg was not broken, but the tendons and the bone head were damaged. The research continues, ” Kuzmin said.

According to Kuzmin, it was a very happy accident. “Situations in which one player steps on another’s foot, either intentionally or unintentionally, end in a fracture of the foot, taking into account the mechanism of trauma. We can say that in the case of Putinčanin, the worst was not the case, because at the moment of stepping on the opponent’s foot, his own leg was in the air and had not yet rested on the ground,” Kuzmin explained.