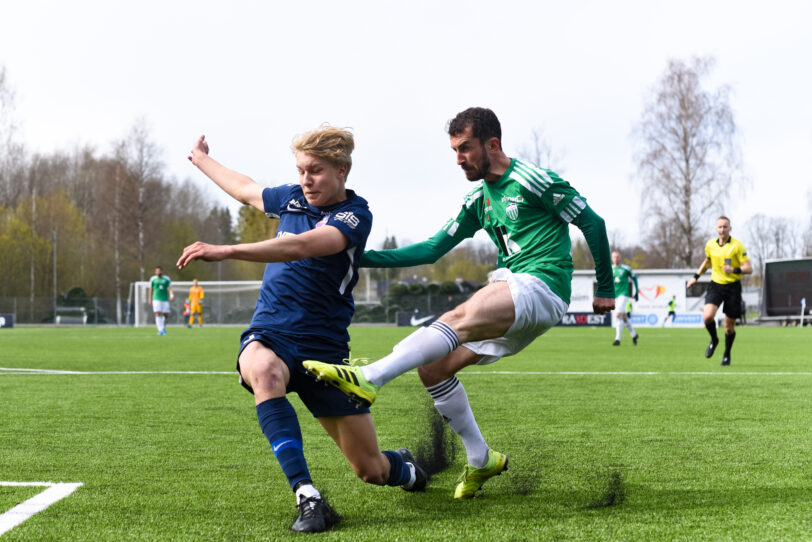 FCI Levadia defeated Paide Linnameeskond 3: 0 away in the 23rd match day of Premium Liiga and secured the leading position. FCI Leavdia also earned its tenth consecutive victory in the the Estonian top flight.

Zakaria Beglarišvili scored twice during the first half and Hannes Anier converted the penalty on the second.

Paide Linnameeskond were left with ten men after 27 minutes as Abdul Razak Yusif was sent of after a serious foul against Marko Putinčanin.

Paide earned a penalty In the third added minute of the opening half but Karl Andre Vallner blocked the shot by Henri Anier.

“From the very first minutes, it could be seen that the match will be very tough. If there were more such games in the Premium League, then more audiences would definately come to the stands! The game offered a lot of goals, uncompromising fights, emotions, blood and everything that goes with football. We won deservedly, we gained three very important points and we will continue our journey towards our goal, ” said FCI Levadia head coach Vladimir Vassiljev.

Next Saturday, September 18 at 16:00, FCI Levadia will host JK Narva Trans at A. Le Coq Arena.