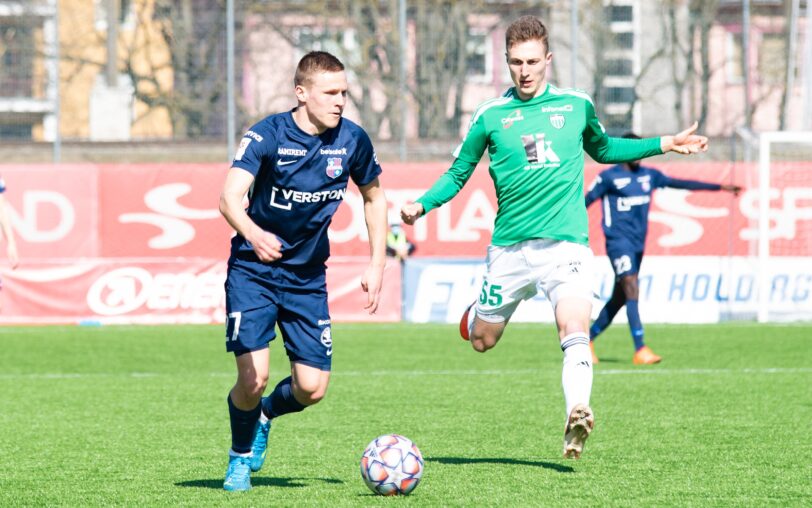 FCI Levadia will meet with JK Tammeka Tartu in Premium League on Sunday, May 2 at 15:00.

Initially, the match was to be held at Tamme Stadium, but due to the condition of the grass field, it was transferred to Sepa Football Center. The audience is still not allowed, fans can live with the team via ETV2 live.

FCI Levadia have collected 16 points in 7 games so far and are situated in the second place in the league table. From the last two matches, the green shirts earned one point and missed to score a goal, which is why the team is specially focused on ending the goalless run.

JK Tammeka have seven points out of five games, which currently gives them the seventh place in the table.

In recent years, JK Tammeka has been a hard nut to crack for FCI Levadia: last year, on October 31, FCI Levadia won 3:2 at A. Le Coq Arena but there were four successive draws prior to the dramatic victory.

FCI Levadia head coach Vladimir Vassiljev: “A very interesting match his ahead of us! The derby gave good emotions because we kept a clean sheet, the team did well and played good football. It is always exciting to play against Tammeka, they have a strong team in terms of discipline and they always find extra moves against us. I believe we will dominate the game, but Tammeka are very dangerous in counter attacks. We have to put out the maximum to come back with a victory. ”

FCI Levadia winger Karl Rudolf Right: “Playing in your hometown offers pleasant emotions. Tammeka is a tough team, their seventh place in the table is not a reality. It will be a difficult game, it will never be easy on Sepa’s artificial turf. I believe we are on the right track, but there is still a long way to go to achieve stability. We will try to win every game!

Head coach Marko Savić is serving a suspension on the FCI Levadia side.