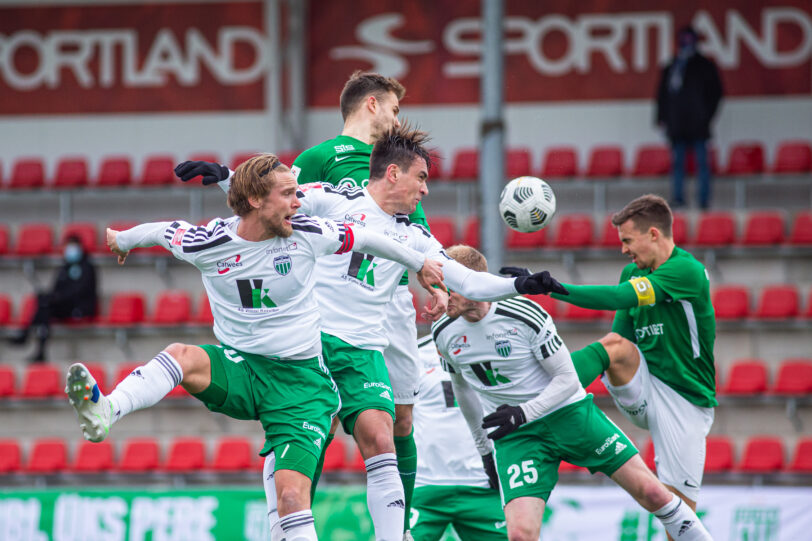 The first Tallinn derby of the season between FC Flora and FCI Levadia ended in a goalless draw.

According to Vladimir Vassiljev, the head coach Vladimirof FCI Levadia. the result was not satisfactory. “We came here to win. We earned a point, but we wanted three. There was exactly such a game that whoever hits first wins it. We could have gone home from here with three points. Today we did not allow FC Flora to go to counter attack, but we did not manage to score either,” he said.

FCI Levadia goalkeeper Karl Andre Vallner was nominated with the man of the match away by the Estonian National Broadcasting.

Next Sunday, on May 2 at 15:00, FCI Levadia will play JK Tammeka at Tamme Stadium in Tartu.