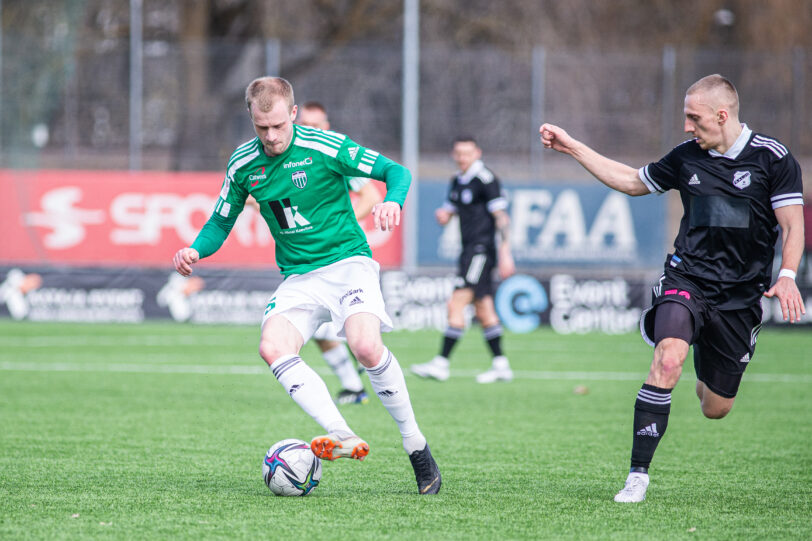 On Sunday, April 25, at 15:00 FC Flora and FCI Levadia will meet in the first Tallinn derby of the Premium League season. The match will take place at Sportland Arena. The audience is still not allowed but the match will be transmitted live on ETV2.

Host and title holders FC Flora have played the lowest number of matches this season having collected two wins and a draw. FCI Levadia have played 6 matches so far and earned 15 points which gives the green and whites the second spot in the league standings.

FCI Levadia head coach Vladimir Vassiljev: “There is always a special feeling before the Tallinn derby. Not only tactics but also psychological preparation is decisive in these games. We believe that the last victory gave us more confidence and we are ready for the derby. We know how we want to play, which are the strengths of FC Flora and in which elements we are better than them. We try to hide our weaknesses and win through the fighting game. “

FCI Levadia midfielder Maksim Podholjuzin: “There is a very difficult and important game ahead for both teams. Our goal is three points, the team is completely ready for the game.”

The referee is Martti Pukk, the assistant referees are Neeme Neemlaid and Aron Härsing. Joonas Jaanovits serves as the fourth official.