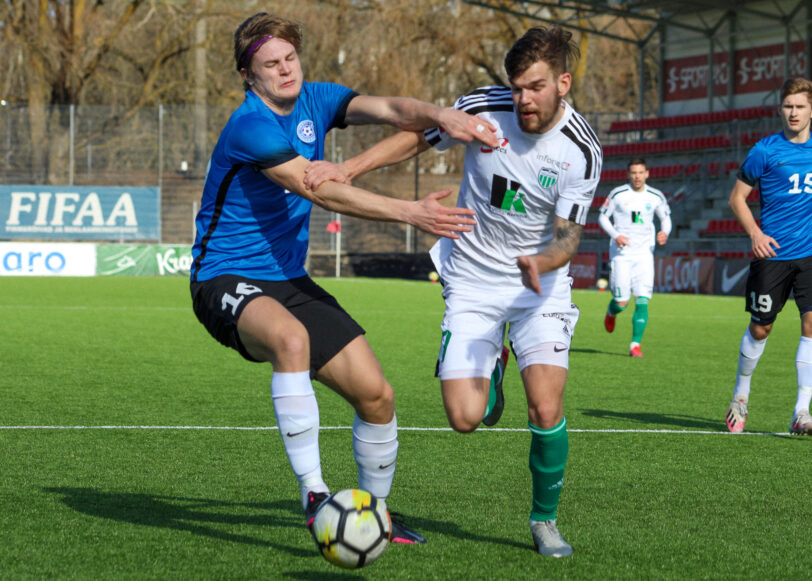 FCI Levadia will face JK Tulevik Viljandi in the third round of Premium Liiga on Sunday, April 4 at 15:00 at Viljandi artificial ground. The match will be broadcasted live on ETV2.

FCI Levadia will travel to Mulgimaa in a good mood as the team have won all three games so far – first against Maardu Linnameeskond 2:0 in the quarter finals of the Eval Tipner Cup and then JK Vaprus Pärnu 5:0 and JK Legion Tallinn 4:3 in Premium Liiga.

JK Tulevik have also started the season remarkably as they managed to eliminate Nõmme Kalju FC from the Estonian Cup.

FCI Levadia head coach Vladimir Vassiljev: “JK Tulevik assembled a very good team for this season, they also changed coach. I think this is their best team of all time. They have already shown that they need to be taken very seriously – it would be no wonder if Tulevik fights themselves into the top five or four. We look forward to the upcoming game. There was a tough battle in the friendly match this winter. We are preparing for the game very seriously, the whole team will do their best and we will be satisfied with only three points. ”

FCI Levadia winger Frank Liivak: “The national team break is over and we have to focus on the Premium League again. Viljandi is currently in good shape and reaching the semi-finals at the cup competition will definitely give them a lot of confidence emotionally. But we need to focus on our game and our strengths. It will be a difficult game but we are confident that if we play our game, three points will come back to Tallinn. ”