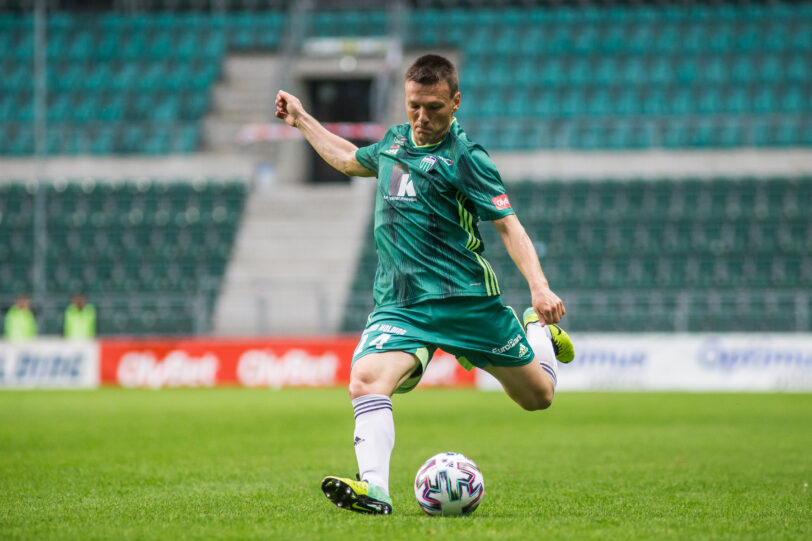 Left back Dmitry Kruglov will not continue his career in FCI Levadia. The club thanks the legendary footballer for his years of dedicated work and wishes him the best for the future!

“Dmitri Kruglov is a real legend of the Estonian national team, the Premium League and FCI Levadia! His move to Moscow’s Lokomotov in 2005 is still one of the most important milestones of our club. We are very grateful to Dmitri for his highly professional attitude, long-term commitment and fruitful cooperation! We wish him the best and much success in the future! I very much hope that in the future the pleasant cooperation between FCI Levadia and Dmitri will continue in a new role, ” said Sergei Pareiko, Sports Director of FCI Levadia.

Dmitri Kruglov joined the then Maardu FC Levadia in 2003. A year later he won both the Estonian championship title and the cup under Tarmo Rüütel, in the summer of 2005 Kruglov moved to the Russian Premier League club Moscow Lokomotiv.

Later, the left-footed defender played in various clubs in Russia and Azerbaijan. In the summer of 2013, Kruglov returned to Estonia and helped FC Levadia to win the Estonian Prenmium League. Also in 2014, Kruglov returned to FC Levadia in the summer and played an important role in defending the championship title. In 2015, Kruglov played for FC Levadia, between 2016 and 2017 for FCI Tallinn and in 2018-2020 for FCI Levadia.