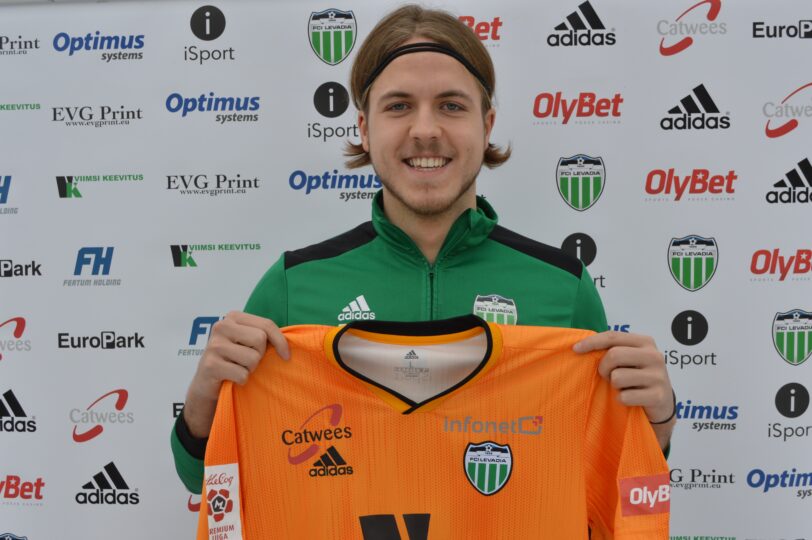 “I had a good season with JK Tallinn Kalev and FCI Levadia showed interest in me. I was also interested in cooperation, we negotiated the terms and signed the contract. I wanted to test myself in a top Estonian club, where the entire training process and general working principles are at a professional level. I feel this is the right place for me, ” Vallner said.

“The first impression of FCI Levadia is very positive! There are a lot of familiar faces in the dressing room, I have been very well received by all players who are truly in a happy mood,”said FCI Levadia’s fresh addition before the first training of the new year.

“Personally, I want to prove myself in trainings, earn as much playing time as possible and show myself in matches. For the team, everything but the championship title would be a failure – we will definitely go for the first place,” Vallner described the main goals of the upcoming Premium League season.

In the goalkeeping department of the FCI Levadia first team, Vallner will sart working together with the goalkeeping coach Ain Tammus and also the club’s legend, last season’s first choice keeper Artur Kotenko. “Such cooperation is very useful! I already had contact with Tamm when I was young, I talked to him before joining FCI Levadia. Kotenko is an experienced goalkeeper, from whom I have a lot to learn,” Vallner said.

Karl Andre Vallner joined JK Tallinna Kalev in the beginning of 2008 and represented Kalev for 13 years at the Estonian Youth Championships as well as in the Premier League and First League.

In the Premium League, Vallner made his debut at the age of 16, helping his team to a 1:1 draw against Paide Linnameeskond in the home match on April 4, 2014. For now, Vallner has 81 matches in the Premium League on his name, last season he protected Kalev’s goal in 26 games.

Vallner has previously represented the Estonian U21, U19 and U18 youth national teams.