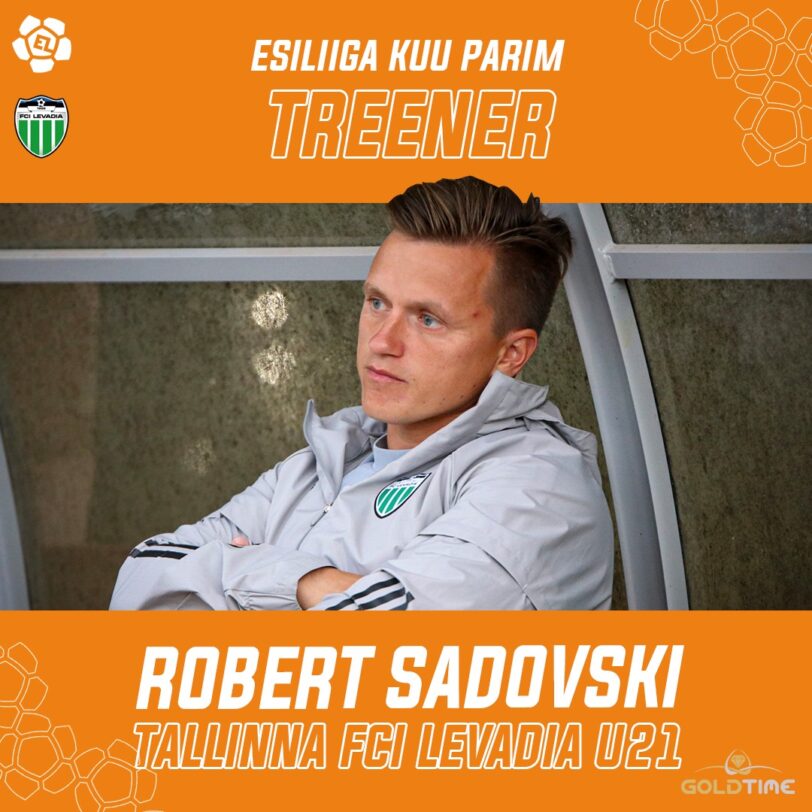 RobertI Sadovski, the head coach of FCI Levadia U21, has been chosen as the best coach of First Division in October.

Under Sadovski’s guidance, the Levadia U21 team earned the most points in the Premier League last month. Specifically, four games were won, one was tied and one match was also lost.

After a good series, the FCI Levadia reserve team, which was in the 9th row at the end of September, has risen to the 7th position, ahead of the nearest competitors Pärnu JK and JK Vaprus Vändra by 4 and 9 points, respectively.

The best coach of the month will be rewarded by Goldtime.