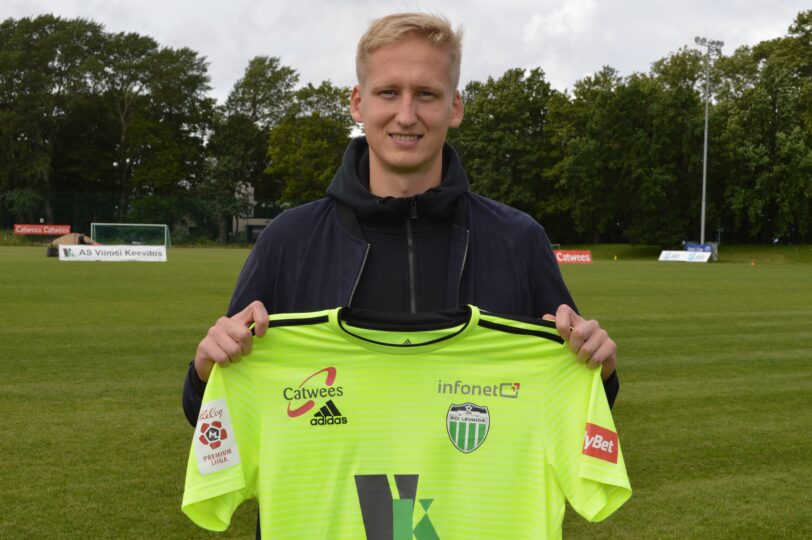 FCI Levadia signed an employment contract with goalkeeper Richard Aland. The contract was concluded until the end of the current football season, with the possibility of extending it by two years.

“The first impression is good! Everyone welcomed me kindly and the first training was already hard! ” Aland characterized his first contact with new companions. “I believe that our advantage is a unified mentality – Levadia has always been a powerful and fighting team, the weakness at the moment is on the defensive side,” he added.

In FCI Levadia’s goalkeeping department, Aland faces strong competition from Artur Kotenko, Aleksandr Kraizmer and Armands Aparins. “In the case of Kotenko, it can be said that he is an absolute legend! In the case of young guys, it could be seen that they are full of will and have great potential,” Aland described his new colleagues.

Sergei Pareiko, Sports Director of FCI Levadia, welcomed the new signing. “We are happy and satisfied that we got a new, very good goalkeeper as Richard signed with us. After the departure of Sergei Lepmets, we had an empty spot in the goalkeepers’ department and with the help of Richard came we have managed to fill it with an Estonian player. I am very optimistic and hope that his future career at FCI Levadia will be successful,” Pareiko said.

Aland, 26, was born in Tartu and started his football career in JK Merkuur under the coach Andrus Meinhard, later he moved to the youth system of SK 10 Premium Tartu. At the level of the Premium League, Aland has represented Nõmme Kalju (2013-2014) and FC Flora (2015-2020) for a long time, meanwhile also Pärnu JK Vaprust (2018) on the basis of a loan agreement. There are 78 Premium League games in Aland’s account.

On July 21, Aland and FC Flora terminated the employment contract on mutual consent.