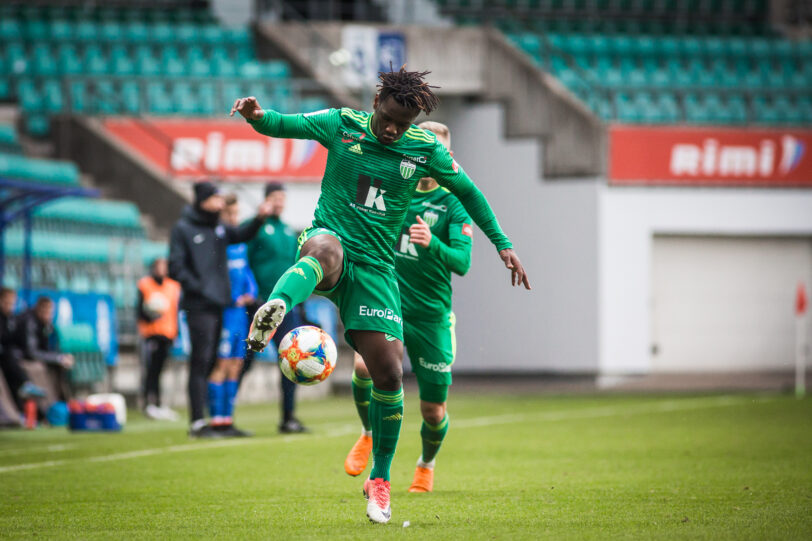 On Sunday, FCI Levadia will face JK Tulevik Viljandi in the 3rd Round of the Premium League. As the spectators are still not allowed to the stands, fans can watch the match live via ETV2 channel.

FCI Levadia started the season with two wins over FC Kuressaare (1: 0) and JK Legion (2: 0). JK Tulevik had to accept a 1: 2 loss from JK Tammeka in Tartu, but then defeated Paide Linnameeskond away with the same result.

FCI Levadia head coach Martin Reim: “After a forced break and individual trainings, it was difficult for all teams to restart the season, the first games dealt cards. The matches during the week were very difficult, it was not easy for anyone to turn the game in favour. Our next opponent JK Tulevik proved its quality with a good performance in Paide. We definitely need to improve our game, create more goal opportunities and also score goals. “

FCI Levadia central defender Maksim Podholjuzin: “It’s always hard to play in Viljandi and Sunday’s meeting is no exception. JK Tulevik proved with a victory over Paide that they are the hard nut to crack for every opponent. We are happy that we managed to earn three points from the game with JK Legion. We definitely want to improve our game on Sunday, create more opportunities and take advantage of them, and we must be very careful in defense. The aim can only be victory!”

There referee Kristo Külljastinen will be assisted by Silver Kõiv and Karolin Kaivoja as Eiko Saar will serve as the fourth official.