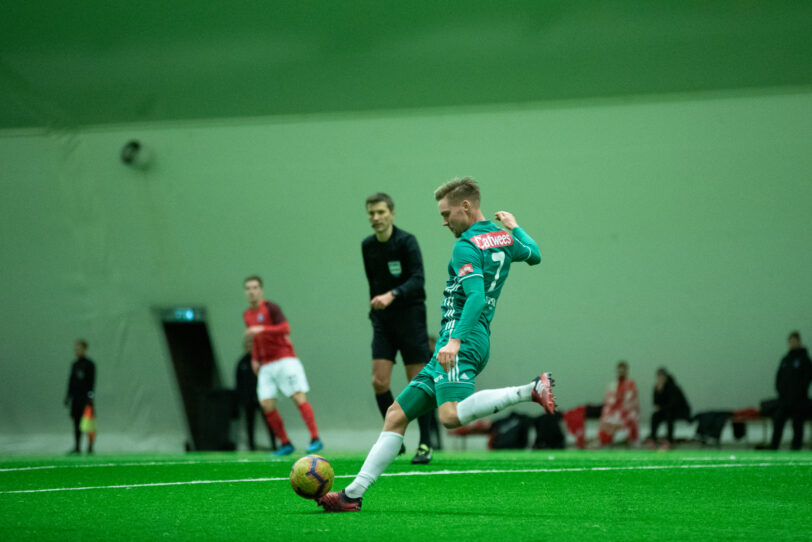 FCI Levadia were held with a 1-1 draw against JK Narva Trans in the fifth match of the Winter Tournament.

Trevor Elhi was sent off after just 4 minutes for violent conduct. Trans opened the scoresheet in early second as Roman Sobtšenko sent the long cross past Sergei Lepmets. In the 70th minute, Brent Lepistu equalized from the free kick, shooting the ball into the top corner.