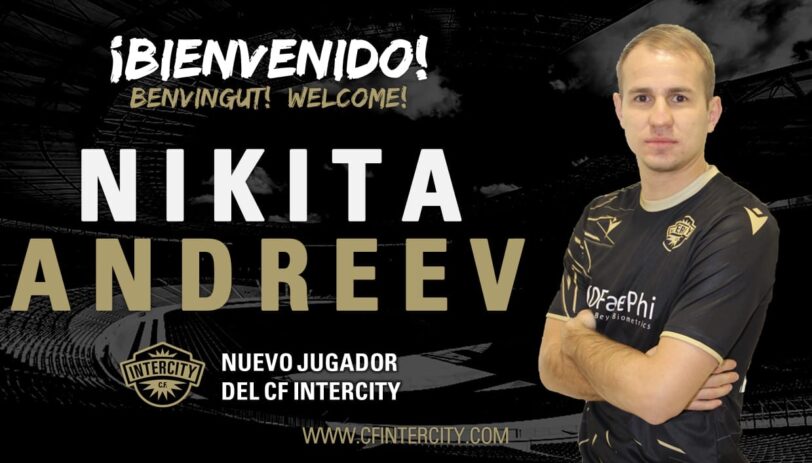 The CF Intercity Sant Joan d’Alacanti are playing in the Terceda Division, on the fourth tier in the league system of Spain. The team is currently ranked third in the league table of group 6.

Narva-born Andreev first joined FC Levadia in 2006. In the summer of 2009, Andreev moved to the Spanish club UD Almeria. Later he played for the Russian clubs FK Tyumen, Sokol Saratov and FK Tambov. During the last three seasons, the Russian striker has once again been a member of FCI Levadia team.

FCI Levadia would like to thank Nikita Andrejev for his work and contribution for the club and the team and wish him all the best in his future career!